Dunedin based singer-songwriter Julian Temple was born into a diverse family of working musicians in San Francisco. His mother, a dixie-land jazz pianist, and his father a classical lute player, gave him his first musical inspirations. Earliest memories include playing with toys and singing under his mother's antique grand piano as she vamped away to her original sheet music by the likes of Irving Berlin, Jelly Roll Morton, Scott Joplin, and all the ragtime greats. The youngest of three, Temple taught himself the guitar at the age of 12 and immediately started writing his own material.

Fast forward a decade and Julian Temple Band formed in Dunedin, New Zealand with a group of keen music students attending the University of Otago. A far cry from dixie-land, the band employs a wide variety of contemporary musical styles including blues, psych-rock, funk, and soul to communicate their curious vignettes on life, love, loss, addiction, environmentalism, and mental health. With an innate desire to share their love for music and "induce the jamboree", Julian Temple Band are known for their extreme touring habits and energetic live performances.

The band’s last three albums have charted in the NZ Top 10 and they’ve toured extensively through NZ, Australia and the USA for the better part of 20 years!

Get ready for a stonkin’ good time! 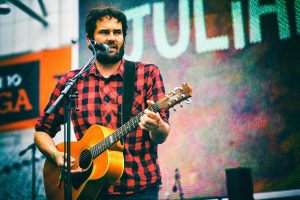