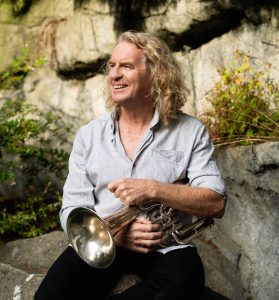 We are ecstatic to announce Don McGlashan will headline on the first night of the 3-day festival.

Someone once said that if New Zealand music was a house, Don McGlashan would be a load-bearing beam.

From Blam Blam Blam, The Front Lawn, through to The Mutton Birds and his three acclaimed solo albums, that beam remains sound, unvarnished, and as strong as ever.

McGlashan’s most recent album, “Lucky Stars” went to No 5 on the NZ charts, and his 2006 gospel anthem “Bathe In The River”, which was a mega-hit for Hollie Smith, has enjoyed a surge of interest in the last few months, with its translation into te reo Māori and re-release as “Kōrukutia”.