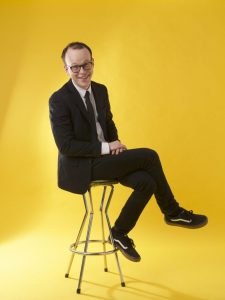 Ginger, blind, and balding. Comedian and struggling student, Danny Sewell, puts it all out in the open. Having chosen to major in philosophy and now pursuing the dream of stand-up comedy, it would be an understatement to say that he has a very bleak future.

Danny has played up and down the country from Auckland to Christchurch, with sell-out shows in the 2021 New Zealand Fringe Fes\val. Danny is also ready and available to be booked for birthdays, baby showers, and bat mitzvahs.