As well as securing a slot in the Open Mic Night on 2nd Jan, this mother and daughter duo will open the music festival at approx 1pm the following day.  Prepare to be wowed by them. 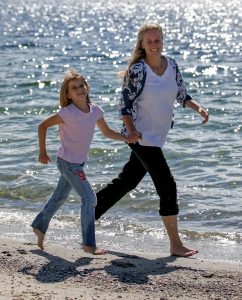 Kerstin-Maria Ladstaetter grew up in East Germany and started to take music lessons when she turned 7. Music always played a huge role in her life and performing, and teaching has been always a part of her life. She studied piano teaching and concert performing at Peter- Cornelius- Conservatory in Mainz and participated at different international masterclasses. In 2012 she opened her own business, Manapouri Lake Cruises, were she combined her passion for music and nature, playing classical recitals on her boat on Lake Manapouri. She used to play regular recitals at Freestone Lodge and was well known by locals. Now she enjoys most making music with her daughter Carla and to bring joy to the audience. 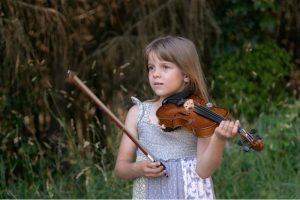 Carla, June Ladstaetter started singing from a very young age and performed her first solo in front of a larger audience at a Brahms Festival in Wanaka when she was three years old. When she turned 4 she wanted to play the violin and now she plays with the JSO in Christchurch taking the leading role for the next year. As a little 5-year-old she joined Fiordland’s Dance School and studied Balletone year, she also sung a solo in front of ca 500 people in the end of year school production of Te Anau Primary.  Dancing, although she didn’t have lessons has always been a passion for her. On a visit in Germany a known Cellist, Eugen Mantu discovered her dancing, playing one off his concerts at a music festival. He invited her to join him at a concert in the Erfurter Town Hall, to dance to music from A. Piazolla. One year later, with the age of 7 she auditioned successfully for the role of little Cosette, in 'Les Miss' in Invercargill, a show cancelled due to covid. She started Tap and Jazz, April 2021 at the Impact Dance School Christchurch, enjoys acting with Original Script Drama School, sings at the Burnside Primary School Band and loves busking. She also loves drawing, writing her own music and is a very good runner. Recently she got the leading role of Matilda, in the Broadway Musical Matilda with Showbiz Christchurch, which will show between 14 April to 2 May 2022.