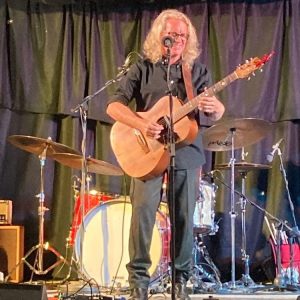 Good KIWI grabbed a few minutes with Don McGlashan at Revitalize Southland’s homegrown eclectic music festival, put together by Tim and Helen Gow and taking place on their all organic stud farm.

“There’s an enormous amount going right in the music industry, particularly in New Zealand because there’s always been a kind of do-it-yourself ethic here. Now that people don’t buy CDs so much, the silver lining is that artists have to tour, and that plus Covid means there’s been an outburst of New Zealand acts performing. What’s fabulous is that there’s been no diminishing of audience size. Instead of people thinking, 'you’re not from overseas, I’m not coming to see you', there’s been a diversification of who’s coming out to support local shows, not just the normal kind of rock and roll groups of guys, but also large groups of women. When we reopened after the first wave of Covid, that’s when we took my album tour round the country with Shayne Carter, Chris O’Connor and James Duncan that would have been the end of 2020 and then the beginning of 2021 we went round the country with the Mutton Birds. They were fantastically well subscribed shows. My friend Reb Fountain has been touring a lot and partly because she’s extraordinary and partly because there’s no sense anymore of having to be cool enough to go and see a particular band, there’s a really broad audience. I love it when there’s a whole lot of people who don’t know each other and they look around and gradually get comfortable being strangers in a room together because that’s what performance is, sharing the same moment.”

Do you have a favourite venue or town to perform?

“I love the old theatres. The Front Lawn played The Mayair in South Dunedin. A funky old wooden theatre. One of the oldest is The Royal in Nelson and the stories you hear from those places… Like this guy who travelled the Southern Hemisphere playing piano and he’d end his show by jumping up on the piano stool and diving into the piano. Those days things just got around by word of mouth. I always think of that when I play the Theatre Royal.”

What do you love about being in New Zealand?

“Being able to discover places like this [Blackmount, on the edge of Fiordland]. I’ve toured a lot. I know what Central feels like but this is something completely different. More lush, more humid, more complex landscapes. I didn’t even know that it existed. Tim’s been talking to me and my manager for two years, and it’s not been the right time or whatever since I spend half my time in Canada with my wife. But I knew I had these two days free so I came specially for the festival.
“I like supporting people like Tim because I think that he’s got his head in the right place and his heart in the right place. He obviously values the environment, sustainability, and he values the community. And he’s putting his money where his mouth is, using all electric vehicles around the farm. When I first arrived we burned up to the top of the hilltop in one of the electric vehicles, it was excellent. I nearly bought one on the spot.”

“I’m on the board of a thing called @MusicHelps, it’s like a central body that looks after people who use music in the community, people that take it into hospitals, hospices, prisons etc, and it also helps musicians in trouble. We’ve been able to help a lot of musicians over the last little while. When Covid-19 struck, we were able to gather money from the music industry, record companies, APRA etc and distribute it out so we gave away about 900 grand, in the course of the pandemic so far, either to individual musicians or to production companies or people who worked behind the scenes. So, that’s the charity I’m closest to – I’ve been on the board for about seven years now.” 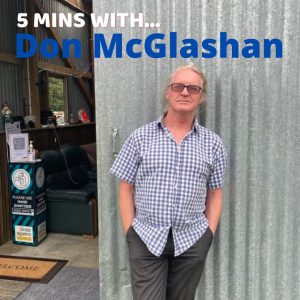 Have you received any acts of random kindness?

“It happens to me every day actually. Right now I’m staying with my daughter and her partner and they have a rescue dog, the dog is so reactive to other dogs so I offered to get up early in the morning before the other dogs wake up. Everyone in the neighbourhood has got to know us, and there’s this complex set of hand signals that say I’ll go this way so as to not upset the dog. They don’t know me but they understand the problem and it's just the best thing. A good feeling every time.”

Tell us about a recent proud Kiwi moment?

“When I came back to NZ this time round, I saw that Anchor ad, where the Indian mum suggests Kalakand for a shared meal at school. The boy’s scared his classmates will say it’s weird, but the tough rural kids love it. Any other country in the world would have said ‘Anchor, celebrating diversity for 40 years’ – pushed it too hard. But it’s understated. And it made me think, this is a good inclusive place. And that’s the best a place can be – celebrating everyone.”

Revitalize healing music festival is really generating an exciting vibration through lots of people right now with musicians, presenters, healers, comedians and ticket buyers! The coolest 'little' festival in Fiordland is evolving into a mini-mecca for superstar Kiwi musicians who have an ambition to mentor up-and-coming performers. This was a tradition begun by the amazing […]

The New Year’s Revitalize festival in Southwest Southland was hit by the same weather bomb that ravaged much of the country that week. However, a large disused wool shed saved the festival from disaster, and the general feeling was upbeat and relaxed, if not completely revitalized. It will go ahead on a revised date in […]